The labels we give ourselves 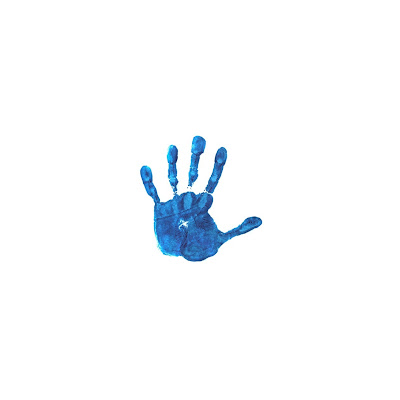 Yesterday, I was walking alone in the afternoon's scorching mid-summer sun when a rickshaw stopped for me. The driver asked the usual “kahan jaana hain saab?” and I told him.

As we zig-zagged our way through the traffic, my destination about half an hour way, it struck me that half my life i had spent in a rick like this and being the “anti-social” person that I am, I had never really thought of another way of spending those 15-20 min rather than lost in my own thoughts or my cell phone (damn that thing!!).

I rarely consciously acknowledged that there was another human being in the rick with me (don't start judging me, you do it too). The thought had never occurred to me that my life would have been so much richer with knowledge of these people and their thoughts if i had just taken the initiative and talked to them.

For personal reasons, having decided to break free of the notions(for lack of a better word) that people have managed to force onto my life, I chose that moment to test my resolve in that decision. I decided that that day would be the day I would rip apart the shackles, turn back at the ones trying to hold me back and laugh at them while patting myself on the back for my oh-so-great-achievement.

Not so surprisingly, I didn't know how to start.

Every time I came up with something to break the ice, I would “play” it in my head and realize how lame, if not offensive, it sounded. I mean, what would i talk to this guy about? Would I ask him how he was? -- He'd probably give me a once-over in that spooky rear view mirror (“srm”) of his. Would I say the economy is in shambles, how is it affecting you? -- I very much doubt if he'd let me journey any further if I did.

Hold that thought. Let me first describe him to you. At least from the little I could make out from the glimpse when I got in and what I could gather from the “srm”.

He was a dark man of about 40, of average height, a little overweight, bearded and had barely any hair on his head. Not anyone you'd particularly notice if he wasn't your rickshaw driver, not that you would if he was.

So, finally realizing that I was just thinking too much (yes, I know, you think you do that too... just you get in my head, then we'll talk), I decided to talk about the weather .
“maa ki, kya garmi hai bhai!”.
He looks at me through that “srm” of his
“haan saab, aaj kal bahut zyaada ho gaya, pichle saal se bhi zyaada hai”
“kya kare bhaiyya, hyderabad tho aisa hi hai na”
“thik kehthe hai saab. Hum ---- (dont remember the town name oops) se hain. Tho humhe ye garmi bahut zyaada lagta hai.”
“Oh ------- se hain aap. Kab aaye hyderabad?”
“-------

And so on. What ensued was a 40 minute (we were trafficked, so the delay) long conversation on topics ranging from the taxi cab drivers that drove like maniacs to the unfortunate state of his finances/family to the next chief minister and the present one. We even decided that the misunderstandings between Muslims and Hindus were trivial, thus resolving an age-old controversy in five minutes!!

I was so enthralled by the man’s ability to come up with such random stuff to keep the conversation lively that it both surprised and inspired me to do the same.

Yet one thing bothered me and still does. He kept referring to his state of affairs with disdain which is understandable. What I (spoilt rich kid that I am) couldn’t understand was why he kept saying how he believed emphatically that he and his people were “meant” to be at the low level of the county not only economically but politically and religiously too.

I do not understand how someone can with that one sentence deem that his whole “caste” was destined to a life of misery for all eternity. This whole sense of mis-founded regionalism, fanaticism about religion, caste or even locality for that matter, is being stuck on us not just because a ticket has been picked for us in the divine lottery and as fate would gladly admit, we have "no choice", but because we let it happen. How, by doing so, we are not being labeled by other people or society but by ourselves.

Suddenly, the transformation that I am going through seemed of much more importance to me than I knew before. For it was not someone else who was labeling me or forcing their notions onto me, it was just me.

I realized that every single time, since the day I knew I could think for myself, I had always had a choice. The choice to look straight in Their eyes and say Yes, I have chosen, it was never your choice to make. I do not care if the choice is the right one but it is my own and You have no other choice but to respect that. That it is my choice.


My eventful and thrilling journey (only the physical one, the one in my head was just starting) had come to an end. It was an experience, though seemingly common-place, that has come at a time in my life when I need answers and I shall cherish it.

I offered him almost double the fare. He told me that it was one of the few times that someone had really talked to him and he didn’t want that experience to be tainted by money. He didn’t want me to think that he had chatted me up so I’d pay him more.

And so, this mysterious man drove away and only then did I realize that through all this time I had spoken to him, I should have asked him one more thing. His name.
Email Post

:\ said…
Holy mother of God! I can't believe I read the whole thing without getting bored. You sure can write.

Its true. Everything is in our head. But even if you believe that people can't/don't force their notions on you, they are definitely capable of influencing your ideas. Now how much of an influence and in what manner-you control that. So what you are today is because of all the cumulative absorption of ideas in various degrees put forward by other people.
June 15, 2009 at 10:56:00 PM GMT+5:30 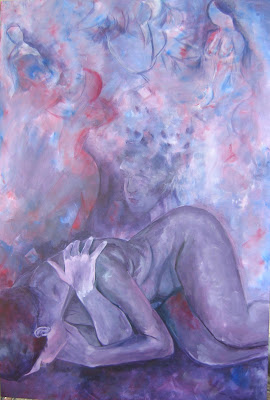